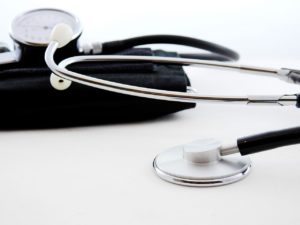 The United States loses billions of dollars due to health care fraud and abuse each year. In fact, some estimate the cost to be close to $100 billion annually. Moreover, as national health care expenditures rise – currently into the $3 trillion range – health care fraud schemes appear to be growing in complexity and severity.

As a result, the U.S. Department of Justice has dedicated a number of law enforcement efforts to the problem of health care fraud. The Health Insurance Portability and Accountability Act (HIPAA) was established in 1996. The program coordinates many federal, state, and local law enforcement agencies with a laser focus on combating health care fraud and abuse.

Specifically, HIPPA established a program called the Health Care Fraud and Abuse Control Program (“HCFAC” or “the Program”). This program has joint oversight by the Attorney General and the Secretary of the Department of Health and Human Services. In addition to that overarching HCFAC program, the DOJ and HHS recently created the Health Care Fraud Prevention & Enforcement Action Team (“HEAT”), and the Medicare Fraud Strike Force. Both task forces pull law enforcement officials from many government agencies together to prevent and prosecute health care fraud.

This government enforcement backdrop is given. It is helpful to understand the statutes most commonly used to fight against health care fraud. It is particularly important to ensure that your health care practices are complying with the law.

These statutes are criminal statutes, where a conviction may result in significant jail time and monetary fines. It is important to note that these statutes typically require a knowing or purposeful mental state. Accordingly, to be guilty of such crimes, the perpetrator must have some sense that the conduct was wrong.

The two statutes below are not criminal, so there is no threat of jail time. However, the civil penalties that result from health care fraud cases brought under these statutes can be significant.

Brandon Sample represents clients who have been accused of health care fraud under either the criminal or civil statutes. Call today for a free consultation if you believe that you may be facing a health care fraud accusation.