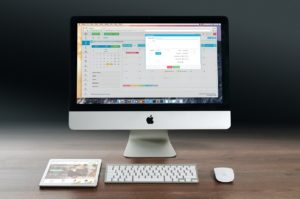 The Basics of Federal Wire Fraud

One of the aspects that allows federal prosecutors such great latitude in prosecuting federal wire fraud crimes is that they do not have to show that any victim was actually harmed as a result of the criminal activity. For example, in a kickback scheme, the consumer may not have been forced to pay more money for a good or service that he received, but the public still had to part with money that it would have rightfully owned. Thus, it would be a shortsighted mistake to assume that the lack of an individual victim in an alleged wire fraud case means that the individual charged with the wire fraud crime will get off the hook. Deterrence and media headlines cannot be underestimated as strong motivators for federal prosecutors in pursuing federal wire fraud crime investigations. This is one reason why it is so important to hire a fraud lawyer as soon as possible.

A potential defense to some federal wire fraud crimes is that the defendant was acting in good faith and did not have the intent to defraud another individual or organization. This is not always a viable defense, but if a defendant can show that he consulted with an attorney before engaging in the transaction at issue, this is a strong fact in favor of a good faith defense. Another frequent defense in the context of a wire fraud crime involving a sale transaction is puffery. This means that a sales person was only using colorful language to secure a sale instead of intentionally lying to a customer. The availability of these basic defenses always depends on the facts of the case at hand. A fraud attorney such as Bradon Sample can help you explore such defenses.

The penalties that could potentially be imposed on a person convicted of a federal wire fraud offense include federal prison time and fines. For just one count of federal wire fraud for a first time offender, there may be a prison sentence of up to 20 years imposed. If the federal wire fraud scheme involves any property or activities related to federal emergency or disaster relief services, the potential sentence upon conviction is increased to up to 30 years in prison. In addition, a person convicted could be forced to pay fines totaling up to $1,000,000. By hiring a fraud lawyer as soon as possible, you may be able to mitigate your criminal and civil liabilities.

What makes the potential penalties for being convicted of a federal wire fraud crime so troubling is that the federal district court judge may impose these penalties for each individual count of wire fraud for which a defendant is convicted. A defendant facing federal wire fraud charges is also typically subject to other federal charges because of the nature of the criminal activity involved. The more counts and charges that a defendant is convicted of, the greater the potential that he will have to serve several separate prison sentences or consecutive sentences. There is also no guarantee that the defendant will be able to serve those sentences concurrently, which means that they are essentially additional prison terms tacked onto the initial one.