Federal drug conspiracy charges are a popular way for federal prosecutors to tack on additional charges to someone they have investigated or charged with other offenses. It allows for a criminal case to be brought against someone involved in the drug trade without actually proving that the individual specifically manufactured, sold or purchased drugs. Federal drug conspiracy charges have been used rather liberally by federal prosecutors to take a stand that they are tough on drug crimes, even if they are not actually prosecuting those who are responsible for the most heinous crimes. In addition, conspiracy crimes are relatively easy to prove. As such, it is essential to hire a drug conspiracy lawyer as early in the criminal process as possible. 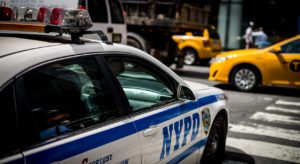 Federal conspiracy offenses are covered generally by 18 U.S.C. 371. This is a fairly broad category of criminal activities and is frequently used by prosecutors to increase the number of charges brought against a particular defendant. This statute criminalizes the activity of “two or more persons conspire[ing] either to commit any offense against the United States, or to defraud the United States, or any agency thereof in any manner or for any purpose, and one or more of such persons do[ing] any act to effect the object of the conspiracy.”

The federal conspiracy statute is so broad that a defendant can be considered acting in conspiracy with someone else without having met in person or interacting directly with the other person. This is especially true if the alleged conspiracy involves a wide network of individuals with one leader from whom directions flow. What is necessary for the establishment of a conspiracy is an individual’s knowledge that he or she is acting in coordination with or furthering the activities of a criminal conspiracy. The essential elements for a conspiracy crime are the knowledge of at least two people that they are acting in an illegal fashion, the intent to do so and at least one act in furtherance of the conspiracy.

If a defendant takes steps to prevent a conspiracy or openly acts to hinder the success of a conspiracy that he had formerly been participating in, then he may have a complete defense to conspiracy charges. This defense requires significant strategy because a defendant has to show a desire to remove himself from the conspiracy for other reasons than simply because he thinks he may be apprehended. If a defendant voluntarily informs law enforcement about the conspiracy, this is very helpful as a potential defense. But before doing so, you need to speak with an experienced drug conspiracy attorney. 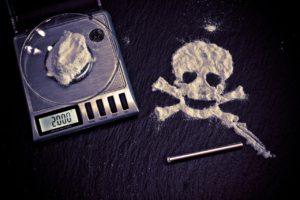 To qualify for a withdrawal defense to federal drug conspiracy charges, a defendant must show that he gave notice to all other members of the conspiracy that he no longer wished to take part in any of their criminal plans. While this is a viable defense, a defendant may still be liable for any crimes he conspired with others about before withdrawing from the conspiracy. The best approach in this circumstance is to speak with a drug conspiracy lawyer before talking with law enforcement. This way the defense strategy can be fully fleshed out so that your criminal liability can be mitigated and this defense perfected.

If two or more people are acting in conspiracy to do something that is not actually a criminal act, then they cannot be found guilty of a conspiracy crime. This is true even if the alleged co-conspirators believe that they are doing something illegal at the time. Again, federal conspiracy charges are highly nuanced. You need to speak with a drug conspiracy attorney to competently raise this defense.

What are the Penalties for Being Convicted of a Federal Drug Conspiracy Offense?

It would be a grave mistake to treat being charged with a federal drug conspiracy offense with any less care and importance as a charge of directly manufacturing, possessing or selling drugs. The major reason why federal drug conspiracy charges are so serious for a defendant is that he may be faced with the same range of penalties as he could have received for the underlying drug offense. Federal prosecutors can be fairly aggressive with these charges because they are able to include relatively low-level participants in a larger criminal organization with the leaders of those responsible for the crimes. It is important to defend yourself strategically against any federal drug conspiracy charges because they can land you in the same situation as if you had been convicted of an actual federal drug offense. By retaining the services of an experienced federal drug conspiracy lawyer, you can mitigate the potential criminal sentence for such offenses.

Federal drug conspiracy charges can threaten your livelihood, personal relationships and freedom. These are not allegations to be taken lightly and deserve the attention of a trusted federal drug conspiracy attorney to explore all of the viable options for an effective defense to the charges or an appeal of a conviction and sentence. Contact the federal drug conspiracy lawyers at the Law Offices of Brandon Sample as soon as possible at 802-444-4357 (HELP) to set up an initial consultation on your federal drug conspiracy case and start working on a strategy to help regain your freedom and future. Do not delay in seeking quality legal representation to get you through this difficult and challenging situation.