Federal prosecutors have a range of charges they can bring against someone who is suspected of illegally selling, buying, possessing or using a firearm. There has been a strong push at the federal level to take a tough stance against gun crimes in order to help get violent criminals off the street. Unfortunately, this means that federal prosecutors can be overzealous in deciding which gun charges to pursue against an individual. When it comes to defending against federal gun charges, such as 18 USC 924 and 18 USC 922, the Law Offices of Brandon Sample has the experience, resources, knowledge and passion for criminal justice advocacy that clients rely upon in their time of need. Allow our lawyers for gun charges to mount an effective defense to your federal firearm criminal case. 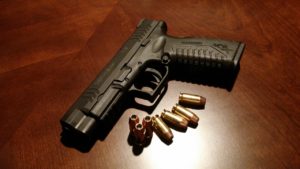 An Introduction to Federal Gun Laws

While there are a wide variety of federal gun charges that a defendant could be indicted with, the primary federal firearm statutes are 18 USC 922 and 18 USC 924. Federal gun charges are brought against individuals improperly buying, selling, possessing or using firearms when the sale or transport of those firearms cross state lines. These are some of the most common federal firearm charges that are brought against individuals by federal prosecutors. If you have been charged with such a crime, our lawyers for gun charges can help. Federal gun laws are serious matters which require seasoned lawyers for federal gun charges to mount an effective defense.

The Sale of Firearms Without a License

The Sale of Illegal Firearms

Even if someone has an official license to sell firearms, there are certain firearms that are illegal to sell to anyone. For example, the sale of machine guns is banned at the federal level. In addition, it is illegal to sell a firearm to a minor or a convicted felon. A person convicted of those offenses could be facing between five to 10 years in prison. These are serious offenses and require competent counsel to defend against. Our lawyers for gun charges can help advise you of the best course of action in such a circumstance.

Sellers are not the only party who must enter into transactions involving firearms with care. The buyer of a firearm can be charged under 18 USC 922(a)(6) if he engages in making false statements on the paperwork used during the sale transaction. It is also illegal to use a straw man as a stand in for a person who is not otherwise eligible to purchase a firearm. The penalties for these gun charges include serving up to 10 years in prison. 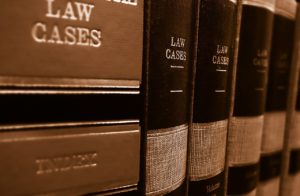 Illegal Possession of a Firearm

Even if a defendant is not charged with a crime in the sale transaction involving a firearm, the possession of the firearm can still be illegal. For example, it is illegal to possess a machine gun according to 18 USC 922(o). It carries a penalty of up to 10 years in prison. There are also certain places where it is illegal to bring a gun, such as a school zone. Being convicted of possessing a gun within a school zone can carry a sentence of up to five years in prison. These federal gun laws are serious and require the services of competent lawyers for gun charges.

If someone has already been convicted of a felony, it is illegal for him to possess a firearm at all. 18 USC 922(g) also lists more categories of people who cannot own a firearm, such as undocumented immigrants, anyone convicted of a misdemeanor involving domestic violence, a dishonorably discharged veteran and those who qualify as drug addicts pursuant to the federal Controlled Substances Act. The illegal possession of a gun by anyone who falls under those categories means that they could face up to 10 years in federal prison. These gun crimes are particularly problematic because of the potential for an enhanced sentence. If you have been charged with felon in possession of a firearm — 18 USC 922(g) — talk with one of our lawyers for gun charges immediately. These sentence enhancements can add up to many additional years in federal prison.

The crime of possessing or using a gun during the commission of a drug trafficking offense or another violent crime is outlined by 18 USC 924(c). The federal mandatory minimum statutes for someone possessing a gun during a drug trafficking or violent crime are especially severe and increase in length according to a defendant’s history of violent crimes or drug offenses. For example, there is a mandatory minimum sentence of five years in prison for a first time offender who has a gun in his possession during a drug trafficking or other violent crime. What makes these 18 USC 924(c) gun charges especially harsh is that the sentences set out by this statute are not allowed to run concurrently, which results in even longer time spent in federal prison. Our lawyers for gun crimes have significant experience with 18 USC 924(c) matters and can help you to mount an effective defense, potentially reducing the amount of time you could spend in prison.

What are the Most Common Defenses to Federal Gun Charges?

While every case is unique, there are several defenses to federal gun charges that are frequently used. For example, the Fourth Amendment protects the defendant from unreasonable searches and seizures. If the law enforcement officers do not conduct a proper search when seizing a weapon that they believe was involved in the crime, they will not be able to admit any of the weapons seized into evidence. This makes it much more difficult for a defendant to be convicted of a federal gun crime, such as 18 USC 924 and 18 USC 922. Additionally, self-defense can be a viable defense to federal gun charges. The defendant must be able to show that he felt that his life was in imminent danger and that he thought he was protecting himself against death or serious bodily injury. Only experienced lawyers for gun charges know all of the ins and outs of these types of defenses.

Contact the Law Offices of Brandon Sample today at 802-444-4357 (HELP) to discuss your federal gun charges and find out what your next steps are in the criminal justice process. Talk to our lawyers for gun charges right away about how you can best start preparing your defense to federal firearm charges or working on your appeal of a conviction and sentence. When allegations that federal gun laws have been violated surfaces, our lawyers for gun charges can help.