Did you know that federal conspiracy charges are one of the most commonly prosecuted crimes? It is also referred to as conspiracy to commit fraud. Federal fraud conspiracy charges are serious and can accompany many other charges brought by a federal prosecutor. Federal prosecutors have a strong incentive to pursue conspiracy charges against a defendant under investigation for other crimes because it allows them to bring many more facts into evidence in the broader case against that defendant. It is vital to retain a trusted fraud attorney, such as Brandon Sample, to evaluate the case against you and decide on the most effective path forward. The fraud lawyers at Brandon Sample PLC have considerable experience defending against such crimes and are ready to help you today.

Federal law describes fraud as the intentional deception of another person for illegal gain. Federal conspiracy charges are covered generally by 18 U.S.C. 371. Fraud conspiracy charges are distinct from standalone fraud charges. If an individual commits fraud on his own, he may be charged with the underlying offense of fraud. However, if the defendant acts in agreement with at least one other person to commit a fraudulent activity, this qualifies as fraud conspiracy. Even if the defendant does not follow all the way through with the fraudulent act underlying the conspiracy, he can still be charged and convicted of conspiracy to commit fraud under federal law. This area of law is very complex, so if you believe that you have run afoul of federal fraud statutes, you need to speak with a fraud attorney as soon as possible. 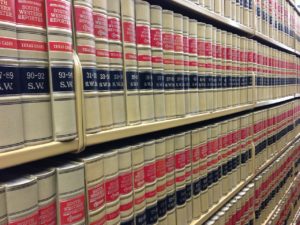 The most important elements to keep in mind that the government must prove in a federal conspiracy case are the intention of the defendant to commit the crime and the involvement of at least one other person in the agreement to commit the crime. Another important aspect of federal fraud cases is that there must be at least one overt act taken by one or more members of the conspiracy to further the crime. A defendant who has been charged with federal fraud conspiracy does not necessarily have to be the individual who took a step in furtherance of the crime. By speaking with one of our fraud lawyers, we can evaluate the facts of your conspiracy to commit fraud case to determine if this overt act has occurred.

Pursuant to 18 U.S.C. §371, the penalty for a person convicted of federal fraud conspiracy can be up to five years in federal prison in addition to applicable fines. If the underlying fraud crime would be classified as a misdemeanor instead of a felony, the maximum amount of time that a defendant would have to serve on a conspiracy conviction is up to one year in jail.

Alternatively, it may be the case that a defendant made a statement that could be tangentially linked to the conspiracy. However, the government is required to show that the statement was made in furtherance of the conspiracy. If the government’s case is based merely on casual comments that could be said to be linked to the underlying conspiracy, this will not be sufficient to convict a defendant on federal fraud conspiracy charges. 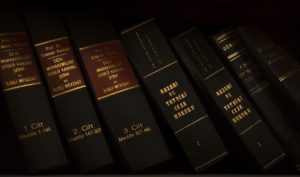 Although it is a very complicated defense to federal fraud conspiracy charges, a defendant may be able to show that there were multiple conspiracies underway at the same time. If the defendant was not actually a part of the conspiracy that the government is prosecuting in the case at hand, he should not also be swept into the prosecution of that activity. This complex defense strategy requires a seasoned fraud lawyer at the helm. The fraud attorneys at Brandon Sample PLC are well-versed in this form of defense and are able to speak with you today.

One of the defenses to federal crimes not involving a capital offense is the five-year statute of limitations set forth by 18 U.S.C. 3282. Thus, if the government waits five years or longer after the illegal act in question to indict or prosecute an individual for the crime, the charges would be dismissed under this statute. This defense is particularly complex in federal conspiracy to commit fraud cases because it can be difficult to prove when the overt act involving the conspirators took place. This is typically because many of the statements involved in a conspiracy are oral and could be difficult to peg down to a specific date. Working with an experienced fraud lawyer, such as Brandon Sample, will allow you to establish a clear timeline of the facts at issue in your case to see if a statute of limitations defense could be available to you.