It is a federal crime to enter the country illegally or to knowingly help another person to do so. The immigration lawyers at the Law Offices of Brandon Sample represent many clients that have been accused of violating federal immigration laws and have the experience that people rely on in their time of crisis. When it comes to finding a criminal defense advocate who is truly invested in helping you secure your freedom and future, attorney Brandon Sample should be at the top of your list. Having a general understanding of federal immigration crimes and the penalties that are involved is helpful in charting your course of how you will navigate through your federal immigration case. 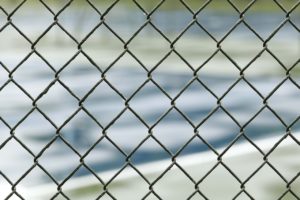 The Basics of Federal Immigration Crimes

U.S. immigration law is complex in nature and can be difficult for anyone to understand who does not have experience with such laws. Essentially, the unlawful entry of anyone into the U.S. is a crime, but immigration offenses are most commonly uncovered by the government in the course of investigating other allegedly illegal activity. For example, if an undocumented immigrant is apprehended while driving intoxicated, the government is likely to find out right away that the individual does not belong in the country. Thus, the prosecution of federal immigration crimes typically involves the prosecution of other criminal offenses and can result in severe penalties as a result. This is why it is so important to retain the services of an immigration lawyer.

Federal immigration crimes are detailed in Title 8, Section 1325 of the U.S. Code or Section 275 of the Immigration and Nationality Act (I.N.A.). Under federal law, an illegal alien is anyone who “(1) enters or attempts to enter the United States at any time or place other than as designated by immigration officers, or (2) eludes examination or inspection by immigration officers, or (3) attempts to enter or obtains entry to the United States by a willfully false or misleading representation or the willful concealment of a material fact.”

What are the Potential Penalties for Being Convicted of a Federal Immigration Crime?

The penalties for federal immigration crimes increase based on the record of the offender. A first time offender will face up to six months in federal prison. Deportation is also always an option in federal immigration cases. Federal district court judges will typically opt to simply deport a person convicted of entering the country illegally for the first time. There is the potential for a judge to order that a defendant charged with another offense first serve prison time for the underlying offense and then be deported for the immigration crime after the sentence has concluded.

If the defendant is convicted of an immigration crime and has a prior record of immigration offenses, he could be convicted of a felony offense and forced to serve up to two years in federal prison. At the end of his prison sentence, the defendant could still be deported to his country of origin. It is more likely that a defendant will have to serve prison time for an immigration crime instead of being immediately deported if he is being charged with a repeat offense. In such an instance, it is important to hire an experienced immigration attorney to try to avoid, or mitigate the length of, a prison sentence.

Although the maximum fine that a defendant can face for a first time immigration offense is only a maximum of $250, the fact that an immigration conviction will be on the defendant’s record could seriously hinder his ability to enter the country legally ever again and also limits his employment opportunities.