The offense of federal fraud encompasses a wide number of economic, often white-collar, crimes. But in short, a “fraud” is simply a criminal lie. It is a lie that is used to obtain some personal gain. We may often think of white-collar economic crimes as those offenses that happen in boardrooms and beach resorts and have little to do with our everyday lives. That is actually not the case.

Just a few short months ago, the credit agency Equifax demonstrated its own incompetence by failing to protect our most sensitive data. As a result, millions of people were exposed to the possibility of fraud. The federal fraud here would manifest as a hacker taking our personal information (identity theft) and then impersonating us (committing fraud) in order to take our money. Accordingly, federal fraud is something that touches everyone’s lives, now more than ever given our digital environment. 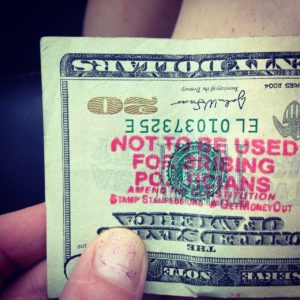 Federal Fraud offenses can be broken down into three main categories: (i) violations of the Foreign Corrupt Practices Act; (ii) health care fraud; (iii) and securities and financial fraud.

Enacted in 1977, the FCPA prohibits the payment of bribes to foreign officials in exchange for obtaining or retaining business. The FCPA applies anywhere in the world, and covers publicly traded companies and their officers, stockholders, and agents.

The law was enacted as a result of U.S. Securities and Exchange Commission investigations in the mid-1970s that revealed that U.S. companies were often paying foreign officials bribes for business and influence. In many countries, that was the way business was conducted. However, the FCPA sought to put a stop to the practice to ensure public confidence in the integrity of the U.S. business system.

Some recent examples of FCPA cases are as follows:

Health care fraud has become a billion dollar industry for those who wish to take from the public coffers through programs such as Medicare. To combat those individuals and corporate entities that commit this type of federal fraud to the tune of up to $100 billion annually, the U.S. Government has created a cross-agency approach.

The U.S. Attorney General’s Office, in conjunction with the FBI, Health and Human Services Office of the Inspector General, and the Centers for Medicare & Medicaid Services, have a number of “strike forces” that aggressively investigate and prosecute health care fraud. Here are some recent case examples:

This category covers a broad array of financial fraud including corporate fraud, government procurement fraud, investment fraud, telemarketing fraud, and insider trading, to name a few. Recent case examples of this type of federal fraud include:

Federal fraud is a broad area of federal criminal law enforcement. Yet, the examples above indicate that fraud schemes have an impact, direct or indirect, on all of our lives. The National Medicare Takedown is significant because the money that was stolen from the Medicare/Medicaid coffers was ultimately stolen from the U.S. taxpayer. Further, the Volkswagen case shows that a company can defraud U.S. customers for the period of an entire decade.

If you or your company has been charged in a federal fraud matter, you need experienced legal counsel. Brandon Sample has the expertise and experience to aggressively challenge the government’s case in court. Call for a free consultation today.