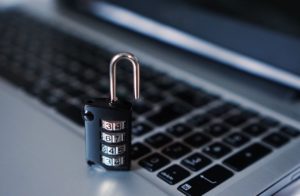 It has been nicknamed “Celebgate.” That is the federal cybercrime scandal, beginning in September 2014, in which hackers obtained and leaked photographs of a number of female celebrities. The FBI’s investigation into Celebgate is still ongoing and recently (January 2018) resulted in another guilty plea. This time the plea came from a 26-year-old Connecticut man named George Garofano.

Garafano was accused of, and admitted responsibility for, a phishing scheme that allowed him access to over 250 Apple iCloud accounts. Many of the accounts belonged to members of the entertainment business in Los Angeles.

Specifically, Garafano committed his federal cybercrime by sending e-mails to victims, which looked as if they were from Apple. Under the guise of needing security verification, the e-mails encouraged the victims to send their usernames and passwords, or enter them into a third-party website. Either way, the sensitive information found its way back to Garafano. He then used the usernames and passwords to illegally access his victims’ iCloud accounts and took personal information, private photos, and videos.

Garafano pleaded guilty to violating the Computer Fraud and Abuse Act, which is one of the main statutes used to address federal cybercrime today.

Found at U.S. Statute 18 U.S.C. 1030, the Computer Fraud and Abuse Act is a federal cybercrime law that makes it illegal to victimize computer systems. The law protects federal computers, bank computers, and any computer connected to the Internet. Therefore, The key for the statute to be operative is that there is some federal connection or that the criminal use of the computer affects interstate or foreign commerce. It is focused on protecting computer systems from trespassing, threats, damage, espionage, and from being used as instruments of fraud.

While the statute’s reach is rather broad, the CFAA was put in place to fill in cracks or loopholes created by other federal criminal laws. The first portion of the statute makes it unlawful to commit crimes such as

The second section of the statute confirms that it is also a crime to conspire to commit any of the crimes above. The third section of the statute lists the penalties for violating the CFAA. The penalties range from one-year imprisonment for a minor act of computer trespass, to a maximum of life in prison, which would be the result when a death occurs do to a criminal hacking offense. Finally, the CFAA allows for victims of the crimes listed above to sue in civil court for damages.

Other Federal Statutes Directed at Cybercrimes

While the CFAA is the main statute used to combat federal cybercrimes currently. There is a vast array of other federal statutes that also operate to combat computer crimes. They include online conduct involving:

Whether it is Celebgate, or some other federal cybercrime investigation, law enforcement is simply trying to keep up with the ever-increasing sophistication of the computer hackers who engage in phishing scams, information theft, cyberstalking, malicious mischief, or placement of malware and viruses.

Indeed, the international debate surrounding the alleged Russian hacking of the United States’ 2016 presidential election puts the nefarious power of cybercrime in context. More and more, cybercrimes will become the basis for the crimes committed in this country and throughout the world.

If you have been accused of a federal cybercrime offense, you need an attorney who is a cybercrime expert. Brandon Sample has that kind of expertise and will aggressively represent your interests in federal court. Call 802-444-4357 today.