Will thousands be released later this year in clemency push by President Biden? 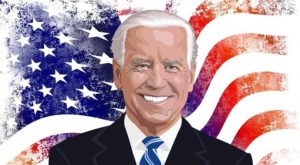 As the Biden administration begins to make good on its promises to overhaul the criminal justice system in the interest of giving those most impacted by social inequity a seat at the table, media outlets are buzzing with discussions of “clemency”, begging the question, “What exactly does clemency mean?”

Recently, the Biden White House has been holding meetings on avenues for reformation of the criminal justice system, and just last week it held a Zoom call to discuss criminal justice reform with advocates for the cause as well as those who were incarcerated in the past. Biden’s team has indicated that they do not feel it is necessary to wait until the end of his term to grant clemency or pardons, but rather that it would be beneficial to begin the process now in the interest of beginning the work of justice system reformation in the short term. The White House has indicated that Biden will use his clemency powers to free people who were jailed on drug offenses as well as sick and elderly people who pose no threat to society. While on the campaign trail, President Biden explained that he would use his clemency power to “secure the release of individuals facing unduly long sentences for certain non-violent and drug crimes” if elected. Putting this tool of clemency to use is one relatively efficient way Biden can make good on his promises, achieve reform, as well as to send a message to the courts.

The Justice Department currently has a backlog of some 15,000 petitions for clemency to get through, so expediting this process with the help of the White House would be advantageous for all involved. That’s not to say that decisions will be made in a hasty or thoughtless way; Biden’s team has indicated that there will be a thorough process in place for granting any clemency or pardon and that they won’t just be doled out willy nilly. The use of his clemency power is one of just many ways Biden can pick up where Obama left off during his tenure and continue to make progress on the issues that mattered so greatly to both Presidents.

The recent Zoom call is to be the first in a series of scheduled calls with criminal justice advocates, further indicating both the seriousness with which the White House is addressing these reforms as well as the expediency with which the process is expected to move.